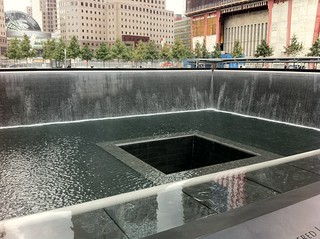 Past the towering tridents that survived the World Trade Center collapse, adjacent to a gallery with photographs of the 19 hijackers, a brief film at the soon-to-open National September 11 Memorial Museum will seek to explain to visitors the historical roots of the attacks.

The film, “The Rise of Al Qaeda,” refers to the terrorists as Islamists who viewed their mission as a jihad. The NBC News anchor Brian Williams, who narrates the film, speaks over images of terrorist training camps and Qaeda attacks spanning decades. Interspersed are explanations of the ideology of the terrorists, from video clips in foreign-accented English translations.

The documentary is not even seven minutes long, the exhibit just a small part of the museum. But it has over the last few weeks suddenly become a flash point in what has long been one of the most highly charged issues at the museum: how it should talk about Islam and Muslims.

In this dusty town at the heart of the Central African Republic, many angry Muslims advocate a simple solution to the threat of religious violence from Christian militias terrorising the country’s south: partition.

Bambari lies near the dividing line separating Central African Republic’s Christian south – where mobs have lynched hundreds of Muslims and torn down their homes – from a northern region controlled by the mostly Muslim Seleka rebels.

Lt. Col. Sunset R. Belinsky, an Army spokeswoman, said Tuesday (April 22) that the “preference code for humanist” became effective April 12 for all members of the Army.

In practical terms, the change means that humanists could face fewer hurdles in trying to organize within the ranks; military brass would have better information to aid in planning a deceased soldier’s funeral; and it could lay the groundwork for eventually adding humanist chaplains.

The change comes against a backdrop of persistent claims from atheists and other nonbelievers that the military is dominated by a Christian culture that is often hostile to unbelief. In recent years, activists from the broad spectrum of freethinking organizations have demanded equal treatment as the tradition-bound military grapples with the growth of the spiritual-but-not-religious population.

In conservative Mississippi, some business owners who support equal treatment for gays and lesbians are pushing back against a new law that bans government from limiting the free practice of religion.

Critics fear the vaguely written law, which takes effect July 1, will prompt authorities to look away from anti-gay actions that are carried out in the name of religious beliefs — for example, photographers refusing to take pictures for same-sex couples because they believe homosexuality is a sin.

Hundreds of businesses, from hair salons to bakeries and art galleries, have started displaying round blue window stickers that declare: “We don’t discriminate. If you’re buying, we’re selling.”

A group of scientists, academics and prominent writers accused British Prime Minister David Cameron on Monday of stoking sectarian divisions through his repeated description of Britain as a “Christian country”.

The public figures, including authors Philip Pullman and Terry Pratchett, said they respected the Conservative leader’s own religious beliefs, which he has addressed in a series of statements.

But they took issue with his characterization of Britain saying, in a letter to the Daily Telegraph, the country was actually a “plural society” of largely “non-religious” people.