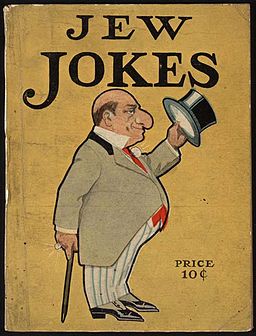 The Westchester County town of Greenburgh, a sprawling municipality that has a significant Jewish population, is embroiled in a controversy over anti-Semitic slurs by a local fire chief against the town supervisor, who is Jewish.

Anthony LoGiudice, the chief of the Fairview Fire District, is accused of using the slur against the supervisor, Paul J. Feiner, in conversations with other firefighters. The three fire districts in Greenburgh are independent of town government, and Mr. Feiner said the chief, among other things, was not pleased with Mr. Feiner’s proposal to consolidate two of the districts.

Muslim college student and aspiring journalist Noor Tagouri received an unexpectedly ugly reception when she arrived in Murfreesboro, Tennessee, to cover a mosque hearing for her Journalism 361 class at the University of Maryland.

After attending the hearing, which discussed at proposed mosque cemetery, Tagouri was subjected to ignorant remarks and hateful comments from community members who were there in order to voice their opposition, including former GOP congressional candidate Lou Ann Zelenik, who ran in 2010.

Mississippi’s Republican Gov. Phil Bryant signed a bill Thursday that would allow residents to sue over laws they believe impinge on their free exercise of religious beliefs.

Supporters say the Mississippi Religious Freedom Restoration Act, which will become law July 1, will guarantee freedom of religion without government interference, but opponents believe the law will permit discrimination against gays and lesbians. A similar bill that would have allowed Arizona residents to deny service to gays and lesbians on religious grounds was vetoed by Republican Gov. Jan Brewer last month.

Anti-Semitic incidents continue to decline in US

Continuing a decade-long drop, anti-Semitic incidents in the U.S. declined by 19 percent, according to the Anti-Defamation League’s most recent annual audit.

The ADL noted one “dark spot” in its survey: a significant increase in anti-Semitic assaults — 31 incidents, up from 17 in 2012. The audit offers the example of a 12-year-old Jewish girl in Brooklyn who had a bottle thrown at her by a group of girls, including one who called her a “dirty Jew.”

The United States has often been described as a religiously diverse country, an image celebrated in forums ranging from scholarly work to a popular bumper sticker and even a recent Coca-Cola commercial during the Super Bowl. But, from a global perspective, the United States really is not all that religiously diverse, according to a new Pew Research Center study. In fact, 95% of the U.S. population is either Christian or religiously unaffiliated, while all other religions combined account for just 5% of Americans. As a result, the U.S. ranks 68th out of 232 countries and territories on our Religious Diversity Index.