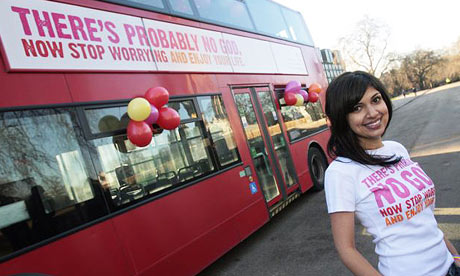 In 13 countries around the world, all of them Muslim, people who openly espouse atheism or reject the official state religion of Islam face execution under the law, according to a detailed study issued on Tuesday.

And beyond the Islamic nations, even some of the West’s apparently most democratic governments at best discriminate against citizens who have no belief in a god and at worst can jail them for offences dubbed blasphemy, it said.

The study, The Freethought Report 2013, was issued by the International Humanist and Ethical Union (IHEU), a global body uniting atheists, agnostics and other religious skeptics, to mark United Nations’ Human Rights Day on Tuesday.

A Romanian public broadcaster distanced itself from a Christmas carol celebrating the Holocaust that aired on the new channel. TVR3 Verde, a television channel for rural communities, presented the carol on December 5 during its maiden transmission.

Sung by the Dor Transilvan ensemble, it featured the lyrics: “The kikes, damn kikes, Holy God would not leave the kike alive, neither in heaven nor on earth, only in the chimney as smoke, this is what the kike is good for, to make kike smoke through the chimney on the street.”

In a statement Tuesday, TVR3 said it did not select the carol but only broadcast songs that were chosen and compiled by the Center for Preservation and Promotion of Traditional Culture, which belongs to the eastern county of Cluj.
Insisting Jesus Was White Is Bad History and Bad Theology

Fox News television host Megyn Kelly told viewers on her December 11 broadcast that Jesus and Santa are both white men.

“Just because it makes you feel uncomfortable doesn’t mean it has to change,” Kelly said. “Jesus was a white man, too. It’s like we have, he’s a historical figure that’s a verifiable fact, as is Santa, I just want kids to know that. How do you revise it in the middle of the legacy in the story and change Santa from white to black?”

Setting aside the ridiculousness of creating rigidly racial depictions of a fictitious character that does not actually exist—sorry, kids—like Santa, Kelly has made a more serious error about Jesus. The scholarly consensus is actually that Jesus was, like most first-century Jews, probably a dark-skinned man. If he were taking the red-eye flight from San Francisco to New York today, Jesus might be profiled for additional security screening by TSA.
Rick Warren’s bogus Jewish deli analogy

Speaking on Huffpost Live a couple of days ago, Rick Warren compared Obamacare’s contraception mandate to a law requiring Jewish deli owners to sell pork, saying that if the latter took place, “I would be out there with the rabbis protesting that. Why? I don’t have a problem with pork, but I believe in your right to not have to sell pork if it’s not in your faith.”

Let it be noted that Warren plagiarized…well, appropriated…this analogy from Archbishop William Lori, who, testifying before Congress in his capacity as chairman of the USCCB’s Ad Hoc Committee for Religious Liberty in February of last year, delivered himself of The Parable of the Kosher Deli. As I tried to make clear, the analogy didn’t work then, and it hasn’t improved with age. If I may be permitted to cannibalize myself…
Health Matters: Medicine’s Growing Spirituality

In a health crisis, patients and families may turn to a member of the hospital staff who offers help beyond the physical aspects of medical treatment: the chaplain.

With growing recognition of the role of spirituality in health care, hospital chaplains are being called on to help patients cope with fear and pain, make difficult end-of-life decisions and guide families through bereavement after a loss. They may help sick or dying patients reconnect with estranged family members. New guidelines call for chaplains to be included on teams of doctors and nurses who provide palliative care—which specializes in relieving the pain, symptoms and stress of serious illness. And chaplains often step in to help clinicians deal with their own feelings of stress and burnout.