HomeNews & EventsEventsMeet the Founders of Sisterhood of Salaam Shalom

Meet the Founders of Sisterhood of Salaam Shalom 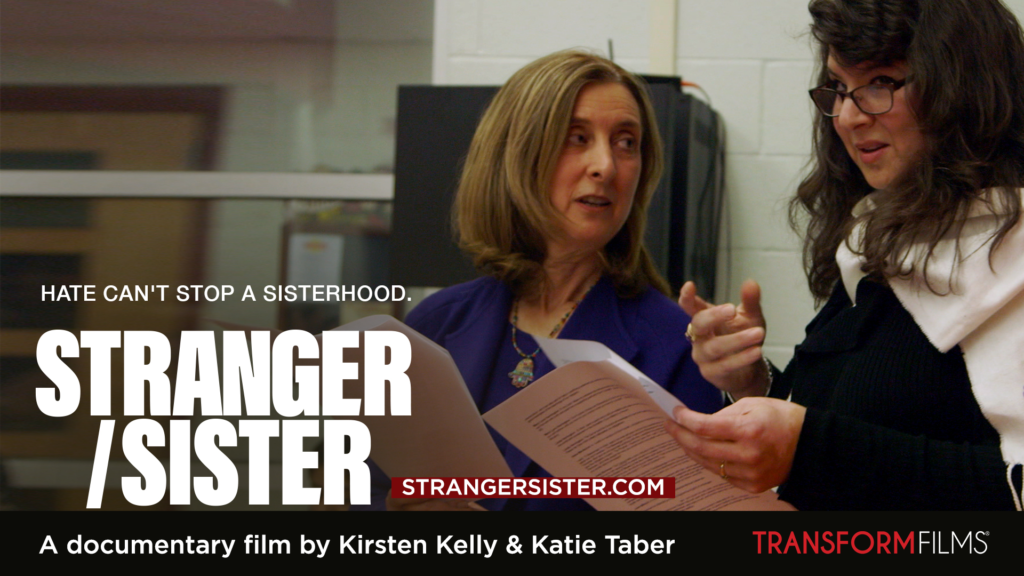 As part of Tanenbaum’s 30th Anniversary year programming, on International Women’s Day, we’re hosting a virtual screening event of the film Stranger/Sister. A story of two ordinary women – one Muslim and one Jewish – who dared to believe they could build bridges to overcome the hate.

Following the screening, you will have a chance to hear from these two remarkable women themselves! Please allow me to introduce you to co-founders of the Sisterhood of Salaam Shalom, Atiya Aftab, and Sheryl Olitzky. Atiya Aftab, Esq. is an attorney, educator, and activist. She currently maintains her own practice providing representation to non-profit corporations. Atiya is also an Adjunct Professor at Rutgers University teaching “Islamic Law and Jurisprudence”. She is the Chair of the Center for Islamic Life at Rutgers University, convener of the first full-time Muslim Chaplaincy on campus.

Atiya is a member of the Rutgers University Board of Directors. Atiya is the co-founder and chair emerita of the Sisterhood of Salaam Shalom, an international women’s interfaith organization. She has been a member of the Islamic Society of Central Jersey’s Board of Trustees and Overseers for over 20 years and was the first woman chair of the board. She co-founded the New Jersey Muslim Lawyer’s Association and has been its Vice-President and Treasurer. Atiya has spoken at numerous forums on topics related to Islam including academic institutions, conferences, police training centers, places of worship, universities, hospital, community forums conventions and newsprint, social media, and television and radio addresses. Sheryl Olitzky is the Founding Executive Director and co-founder of the Sisterhood of Salaam Shalom. In just a few years, under Sheryl’s leadership, the Sisterhood grew into a movement, with members throughout the United States, Canada, and Berlin. Sheryl combined her strong leadership, relationship-building, and organizational skills with her passion to rid the world of hate in starting this organization. Prior to becoming the Executive Director of the Sisterhood of Salaam Shalom, Sheryl was a Marketing Executive.

Sheryl is a frequently sought-after presenter and can be found teaching high school and university students around the world about interfaith relationship building, presenting to women about the power of interfaith dialogue and engagement, visiting the chapters of the Sisterhood located around the country and Canada, or leading building bridges trips to locations of significant interest to Muslims and Jews.  She is a contributor to Huffington Post, Interfaith Observer, Religion News Service, and The Forward. Sheryl was a ‘Nominated Changemaker’ at the 2016 White House Summit on the United State of Women. Sheryl was a recipient of the 2021 Making a Difference Honoree award from the Russell Berrie Foundation. She has been honored as the “Women Who Do” by Hadassah, Raritan Valley. Sheryl is a recipient of the 2019 Jefferson Award for Public Service from the NJ Governor. Sheryl is one of the proud winners, on behalf of the Sisterhood, of the 2019 UN/BMW Intercultural Innovations award and the EVZ Foundation/KIGA award for Jewish-Muslim Solidarity. Sheryl is a board member of the Muslim Jewish Advisory Council and the Jewish Muslim Alliance.

After the screening, join me in conversation with Sheryl and Atiya discussing the Sisterhood’s theory of contact, and sharing tips for others looking to host conversations within their own communities.